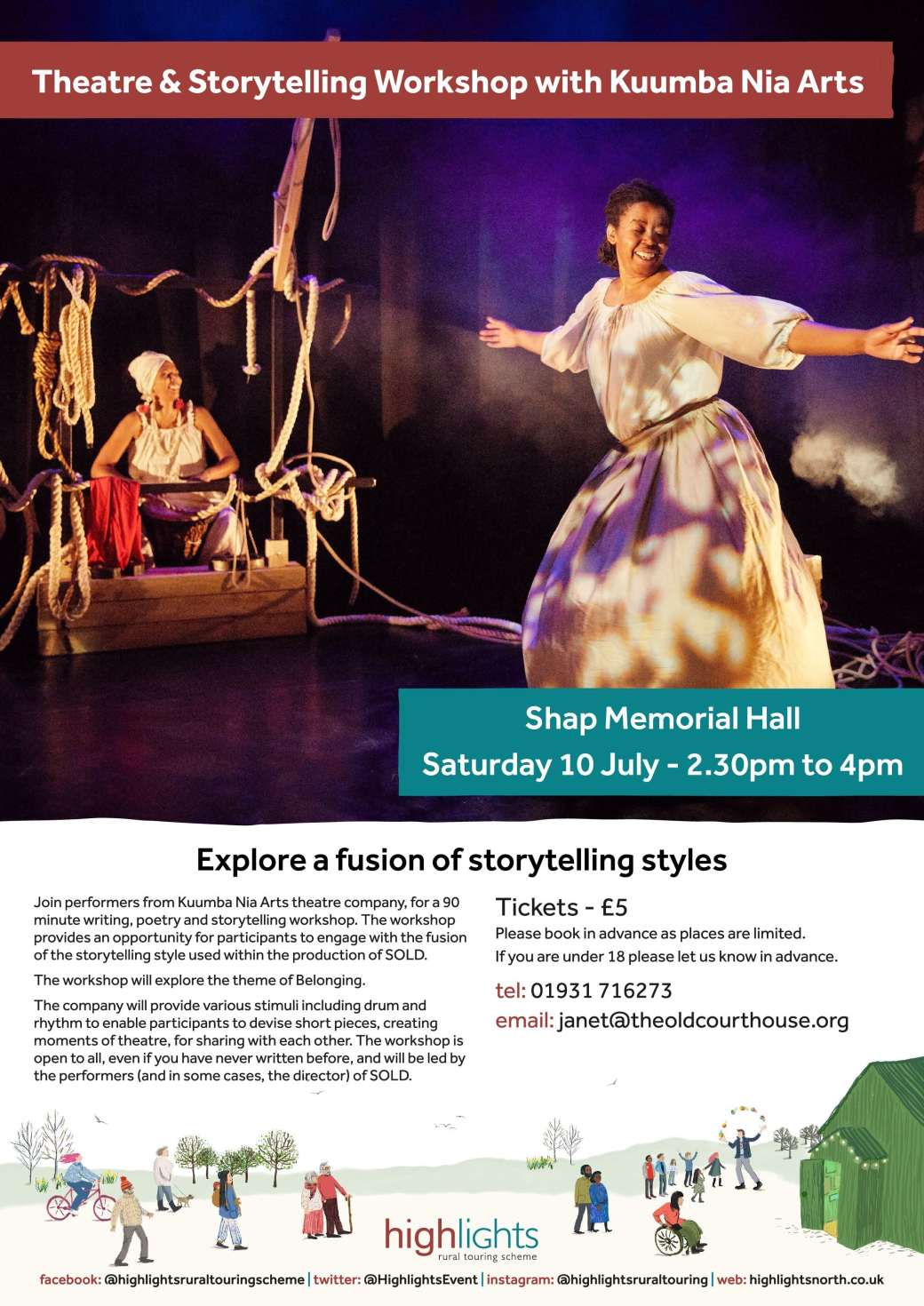 For more information regarding Highlights and the market, go to the Old Courthouse website at

For the latest copy of Shap Today, click HERE

Shap is a very ancient place, the oldest proof of people living there are the stone circles and avenues that once formed Shap Stones. These were quite as important as places like Avebury and Stonehenge. There is not much left from the circles and avenue today except a few boulders next to the railway embankment east of the A6 beyond Fell Garage – this is what is left of one circle. There are some big stones in the fields between Shap and Keld, and some of them have special names.

Shap has not always been called that name, the first written records call it Heppe, and this is believed to come from the word ‘heap’ referring to a pile of stones and quite likely to the Shap Stones.

Shap Abbey was begun in 1199, and was very important; it closed in 1540 when all the monasteries and abbeys were closed.

In 1984 when they were laying the gas pipeline near the Shap Granite Pink Quarry they found a 13th century canoe preserved in the peaty ground.

There were two parts to the place, Shap or Heppe round the church and market place, and another little village near the Greyhound Hotel called Brackenber.

The village grew up because of the road that ran through it, this would first have been a track, and people would have walked or ridden horses, then later they would have used wagons then the stagecoaches that took quite a lot of people at the same time, about six or eight people inside in the more expensive seats and people who could not afford that would have had to sit up on the top in all the wind rain and snow. Some of the big hotels like the Greyhound and Kings Arms kept horses so that the stagecoaches could change their tired horses for different ones – a bit like filling your car with fuel at a garage.

In 1844 the railway was begun and opened in 1846; Shap had a station near the Greyhound.

In 1865 Shap Granite Works opened, it had two quarries and a concrete works and was the main place that Shap people worked; the company built a lot of new houses for their workers and filled the gaps between Shap and Brackenber to make one big village. The limestone quarry at Shap Beck opening in the 1930s and Hardendale quarry in 1963.

A workhouse for poor people who had nowhere to live was built in 1877, it then became a children’s home for children with no families, and now it is houses called Brackenber Lodge.

The road was always very busy because it was the main road from England into Scotland and all the traffic came through the village. Because it was a busy place there were quite a lot of shops.

There were two schools one for boys and one for girls, these were made into one school in 1955 using the boys school building, and the girls school became a secondary school then magistrates court, youth centre and is now the library.

The Wet Sleddale dam was built in the 1960s and the M6 Motorway opened in 1970, so Shap became a lot quieter with much less traffic.

Click here for the latest Shap news from the Cumberland and Westmorland Herald.

If you have any ideas or suggestions on how to improve the website please contact us at:

If you would like to submit a series of pictures please contact us and we will make arrangements to load your pictures on the site.